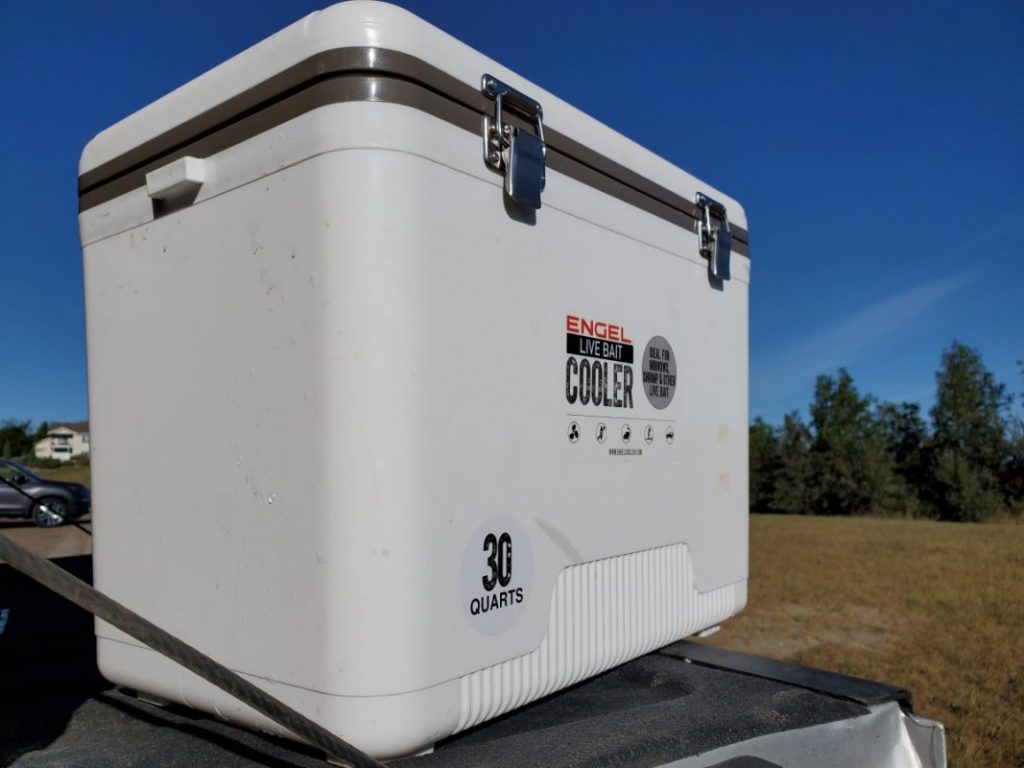 I fish…a lot.  And with that being said, I need a minnow cooler that’ll just keep my bait alive, PERIOD.  I’ve written about the best minnow bucket in the past and rated the Frabill Insulated Cooler with Aerator as the editor’s choice.  That was then, this is now…hence, the Engel Cooler review I’m about to give.

My quest for the perfect minnow cooler started with my obsession with creek chubs.  If you don’t know what they are, they’re a BIG minnow that’s common throughout the Midwest that walleyes and other freshwater species go crazy for.

The problem is keeping them alive.  I’m no stranger to attempting to keep bait alive as I grew up fishing shiner minnows in Minnesota.  At the time, it seemed no matter what you did, half of them would be dead by the time you hit the dock (if not more).  It was frustrating and an expensive lesson.

So with that being said, I heard a lot of great things about Engel Coolers so I thought I’d give their 30-quart model a test drive (and it was on sale).  I had a walleye fishing tournament ahead so I wanted to try them on the boat instead of the usual “converted cooler”.

Now since this is an honest Engel Cooler review, I will lay out all the pros and cons, accordingly.

There are a lot of nice features to the Engel Bait Coolers, and I will specify specifically what I liked about each feature.

This is a really nice bait cooler, and I do recommend it to other anglers.  While most Engel Cooler Reviews are designed to sell you, I’m just telling it how it is.  If you buy one, make sure you buy another aerator and you’ll be glad you made the investment.

I don’t consider the aerator a deal-breaker simply because buying another aerator is inexpensive (generally around $15-20 for a good one).

Also, I highly recommend buying a plug-in model aerator for keeping bait overnight.  Not only does that ensure the aerator doesn’t die, but it’ll save you money on buying D batteries as well.

So if you’re in the market for a new bait cooler, and you read this Engel Cooler review, then you know I would say to give it a shot.  Worst case scenario, just keep your receipt. 😉 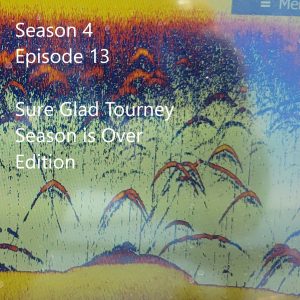 4-13 – Sure Glad Tourney Season is Over Edition 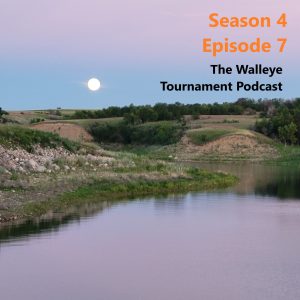