I can remember my first walleye tournament like it was yesterday.  A good friend of mine offered to let me jump in as the 3rd wheel years ago, in Bismarck’s infamous Big Muddy tournament.  This tourney was the spring kickoff on the first weekend of May. The tourney had been around for a long time and to win it meant you needed some serious fish.  While everyone in the tourney wanted to win, I was more interested in the experience than anything.

I’ve been competitive all my life and needed to determine if this was to be that outlet and it was.  Since then, I usually do between 4-6 tournaments a year now. It’s in my blood. I’ve gotten to know many of the anglers who fish the same tournaments, and the comradery has been a life-changing experience.  Not only do you learn from other anglers, but many I call good friends now.

I remember when $10,000 seemed like a big purse for 1st place.  NOW, the bar has been raised to $12,000 for many North Dakota tournaments.  Heck, the Casino Cup circuit (formed this year, more on that later) has a $16,000 championship first place.  And wait, the Williston CVB just released a $30,000 first place tournament the first weekend in October. With an $85,000 purse being dispensed to anglers (if tournament fills), the bar, again, has definitely been raised!

So let’s take a look at the tournament scene this year in North Dakota.  It’s definitely catching the attention of anglers all over the Midwest.

This year is the 44th annual, making it one of the oldest running walleye tournaments in North Dakota.  The 252-team, 2-day tourney filled the day it opened…crazy. And it already has a waiting list over 50-deep for this $15,000 first place tournament.  This is based out of Garrison, ND; on the far east end of the lake. The boundaries keep it east too.

This will be the 43rd annual, right behind the Governor’s Cup in terms of age of the tournament.  This is also a 2-day event and never has a problem getting entries. Expect to catch around 25+ lbs of walleye each day in order to compete for first.  There are a lot of ways to approach Devils Lake this time of year, and a lot of areas to target. Most anglers are on the west end or Pelican for this one, however.

This was undoubtedly the most talked about thing in walleye tournament fishing last year around the Dakotas.  Everyone knew it was coming, we just kicked back waiting for it to unfold. Basically, it’s the 4 Fishing Casino’s of North & South Dakota, combined into one circuit.  The tournament rules look about the same for the 4 tournaments, and all have a $12,000 first place prize. If you fish and finish in the Top 25 in any of the 4 events, you’re automatically qualified for the championship in late September on Lake Sakakawea ($16,000 first place).

JUNE 8th – DEVILS LAKE, ND – The tourney schedule kicks off in Devils Lake on June 8th, out of Spirit Lake Casino.  I personally LOVE fishing Devils Lake this time of year. Most of the fish are caught casting, and that’s one of my favorite ways to catch walleyes.  If you enter this tournament, I will see you there in the field (already signed up).

JULY 13TH – MOBRIDGE, SD – This tournament circuit heads south into South Dakota on Lake Oahe.  This is based out of Grand River Casino and covers a big stretch of the lake. I’ve personally never fished this one, but I know people who do every year.  LOTS of fish caught, but you have to search deeper for size.

AUGUST 3RD – LAKE SAKAKAWEA – 4 Bears Casino on Lake Sakakawea kicks off August with a fun tournament on the north end of the lake.  While there’s a huge area to cover, most of the field ends up in the same general area, making it a bit of a cluster. Nothing wrong with the tournament itself, just common knowledge sends most anglers in the same direction.  You can see big weights in this one, just like any Lake Sakakawea tournament right now.

SEPTEMBER 14TH – LAKE OAHE – Prairie Knights Casino hosts the final event, in mid-September on the North Dakota side of Lake Oahe.  Personally, this event is my Achilles heel of walleye tournaments for me. I think I’ve fished this 7 times and have yet to cash a check…ouch.  What’s even more comical is I fish this stretch often and know it well. But this time of year can be very difficult on the north end of Oahe. Walleyes one day doesn’t always translate to the next, so you have to keep an open mind and cover a lot of ground.

SEPTEMBER 28TH – LAKE SAKAKAWEA ( CHAMPIONSHIP ) – As stated, whoever places in the top 25 of ANY of the 4 tournaments is qualified for this event.  I haven’t found a ton of information on the championship, other than 1st place is $16,000 and I believe will be back at 4 Bears Casino.

DAKOTA WALLEYE CLASSIC – I always say if I could fish just one tournament each year, it would be this one on Lake Sakakawea.  There are a lot of reasons for this.

This Lake Sakakawea walleye tournament is always the last weekend of July, and is a 2-day event.  Yes, it’s a grind, but the weather and fishing are typically top notch so it’s enjoyable.

LEWIS & CLARK BIG SHOWDOWN – This literally was just released recently, and is catching the attention of A LOT of anglers in the Midwest.  For an amateur tournament, the entry fee is very large ($1,000 for 2-man team). But with that being said, if the field fills, it’ll have an $85,000 purse.  And with $30,000 guaranteed first place, it’s some life-changing money for most people. I’m very excited to see how this plays out, and the purse is a game-changer for payouts in North Dakota (or any amateur event for that matter).

I personally feel most walleye tournaments can make the jump to $500 entry fees, to make the purse bigger and more attractable.  With the average entry fee of $350/tournament, I don’t feel the extra $150 will weed out that many anglers.

See you at the starting line this open water season! 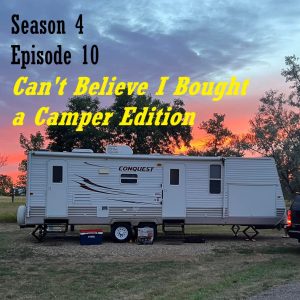 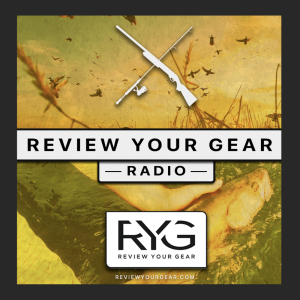 Sponsored by Flyway Media. We’re Back From a Break The Green Machine is No More Tales from the Chub Tank Best Way to Rig Chubs?