It’s amazing how much technology has changed the fishing industry over the past 2 decades.  I can’t tell you how much it’s helped me become a better fisherman. While some may pull the cheating card, the fact is, that fishing will continue to evolve to the point where fish don’t even have a chance. 🙂

The same goes for the ice fishing industry.  Sonar, underwater cameras, GPS, etc. etc. all make it easier for you to be on the X and catch fish (and save time).

Most people own a smartphone.  And with that being said, whether it’s an Apple or an Android, you should be taking advantage of some great free apps for ice fishing.

So I broke down the 5 “Must Have” Apps for going ice fishing.  I hope it will save you time and hopefully, catch more fish. 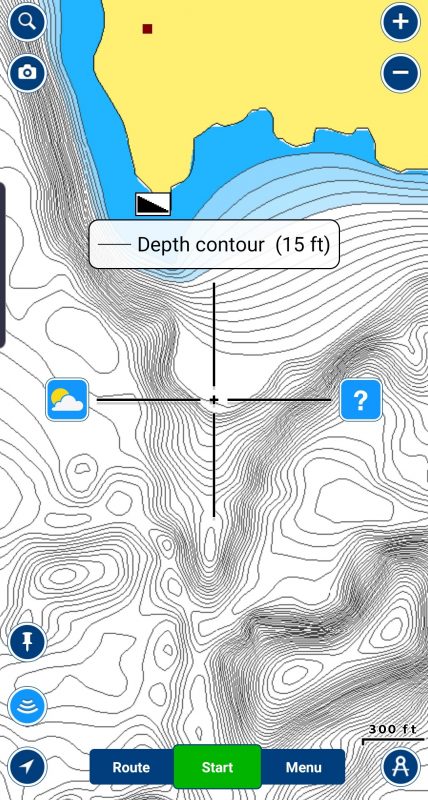 One of the best free apps for ice fishing is the Navionics App.  It has a free version that isn’t too bad. Navionics shows the contours, and it’s not too bad on accuracy.  It has gotten a lot of flack over the years for being “off”. To be honest, it’s free so I wouldn’t exactly remove it for the purpose it serves.

The Navionics app has put me on a lot of spots that I wouldn’t have known about if I didn’t study it beforehand.  Sometimes the subtle structure and contours make a huge difference. Most recently, we used it to hone in on giant walleyes and it was a game-changer when we found it.

The one feature I hate is the public fishing spot markers.  I get it, it makes it easy for some people but why the heck would you share a great spot?  I’m not trying to be selfish, it’s just broadcasted to A LOT of people. And when you hover your cursor near the spot, it makes it hard to read the contours.  Nothing too big, but I had to note it.

There are a lot of versions so make sure you look for the version that is called Navionics – Boating HD Marine & Lakes.

Another great free app for ice fishing is the Explorer app.  It actually is a complete library of GIS mapping, which is cool, but you’ll want to search for “Lake Contours” in the Map search bar to find it.  Once there, it gives another great version of lake map contours for a heck of a lot of lakes.

The one thing I dislike about it is it won’t read the depths when zoomed in.  It makes it difficult to read at times, but once you get used to the contour colors you get the gist.

But again, it’s free so take it with a grain of salt. 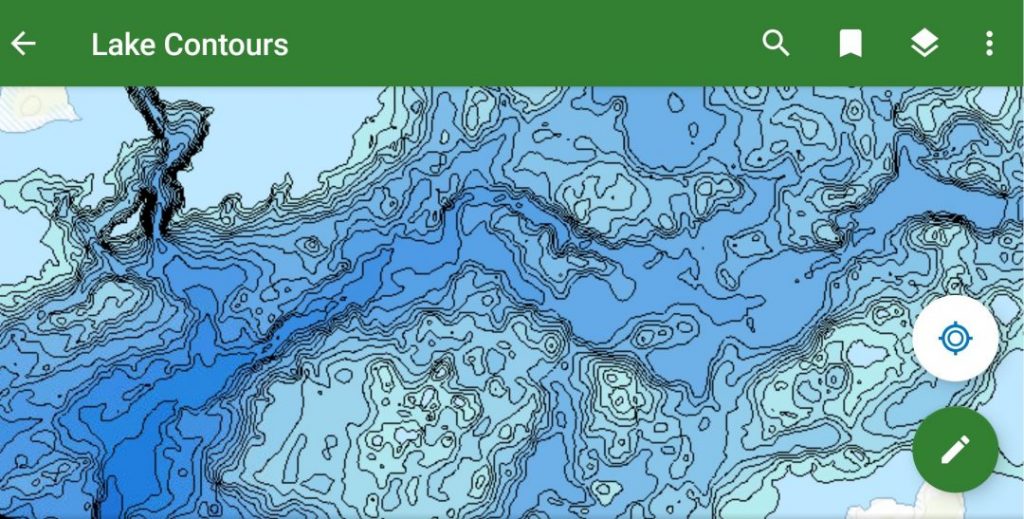 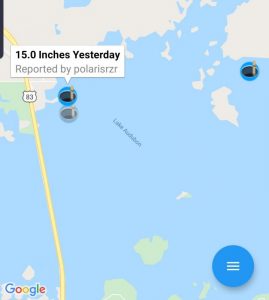 This app is new to me, and I just started using it this year.  It’s basically an ice depth report system that shows user reports of ice conditions and ice thickness.

While it’s not heavily used yet, and it should, it will continue to grow when people get the word out.  That doesn’t mean you should drive you 1-ton truck onto the ice based on it, but it gives you an idea of what and where to look out for.

It appears to purge old data, so your map isn’t cluttered with useless data.

I highly recommend that the word gets out on this free app for ice fishing.  It will only become more valuable the more it gets used.

This is one of my favorite free apps on my phone, believe it or not.  I do a lot of waterfowl hunting, so knowing the wind is very important.  You can find a nearby location, and find the wind for over a week out.

What’s amazing is that it’s actually pretty darn accurate.  Now, I’m not saying 7 days from now is exact, but when it says it’s going to be windy…it usually is. 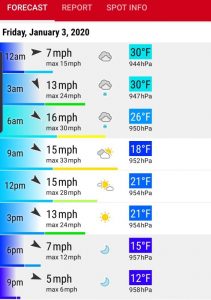 It’s free with ads, and it is very easy to use.  It has numerous settings too.

If you’re also going to be fishing out of a portable fish house, it’s very important to know if the wind is going to make things difficult.

The easiest to use and read the MyRadar app I’ve found is called MyRadar.  It’s very similar to Windfinder in that you search for nearby locations and it reads the current radar.

If you’re going to be expecting precipitation, it’s good to know what you’re going to expect (and see it coming).  Have you ever been out on the ice during a snowstorm and have problems getting out? I have…don’t be that guy.

It’s obviously useful for the entire year, not just ice fishing, but it’s worthy of a download. 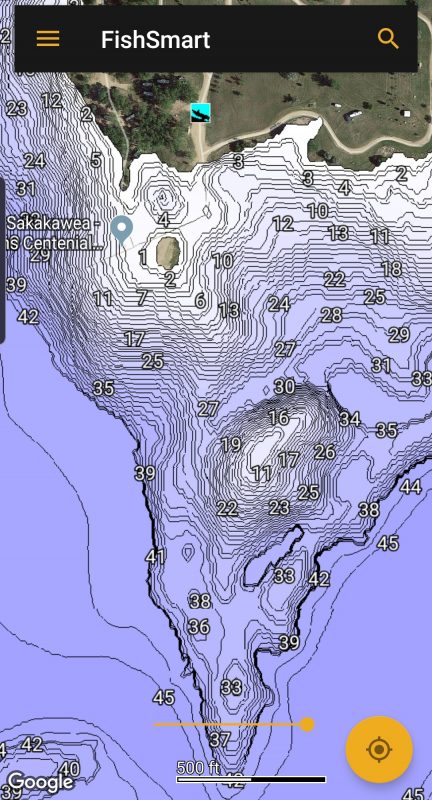 Humminbird came out with their mobile mapping called the FishSmart app a few years ago.  While it’s not free, and you purchase one lake at a time (and it’s not cheap)…it’s the best lake mapping out there, especially for certain lakes that Navionics doesn’t cover well.

I really only use it for Lake Sakakawea in North Dakota, but I’m drawn to use it for others as well.  It shows the smallest contour increments, and it doesn’t really miss much. This really is no surprise, considering Humminbird acquired LakeMaster awhile back.  I always felt they had the best mapping (and I use Humminbirds on my boat).

Without a doubt, you should be using some of the free apps out there for ice fishing if you aren’t already.  And do yourself a favor and don’t show up at the landing and then pull it out, have the lake studied ahead of time.  Takes only a few minutes to pinpoint some spots and find the structure that looks most appealing.

Good luck this winter and I’ll see you on the ice.