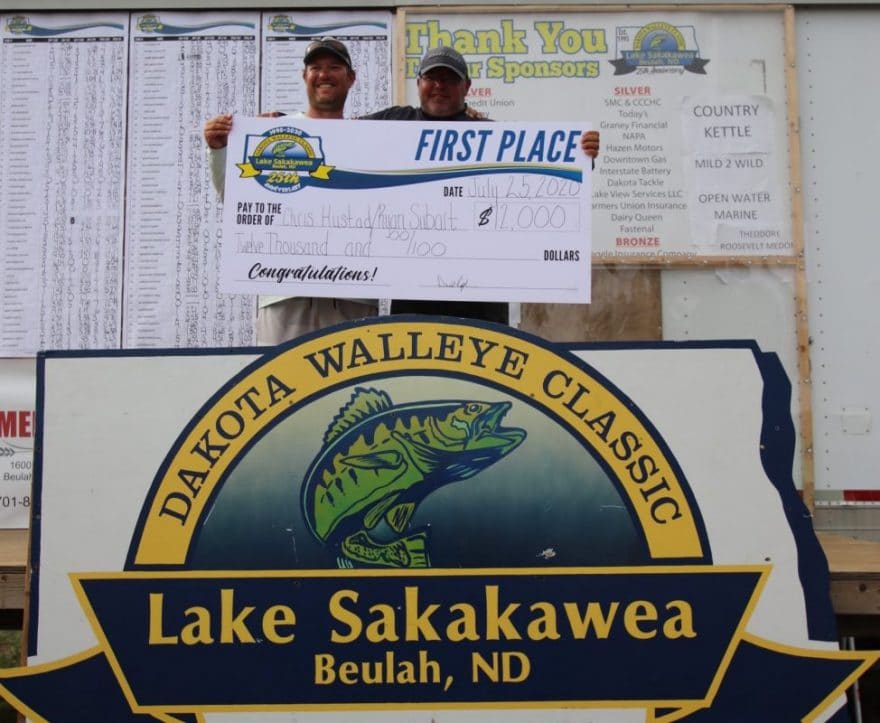 Tournament fishing is something that’s in my blood.  If you’re a tournament angler, there’s always a few milestones that you pursue in your fishing career.  For me, one of those milestones was to win the Dakota Walleye Classic.

The Dakota Walleye Classic is a 180-team walleye tournament on North Dakota’s infamous Lake Sakakawea.  I believe it’s the 2nd largest tournament in the state, behind the Governor’s Cup (which is also on Lake Sakakawea).

What makes the Dakota Walleye Classic unique, are the anglers in the event.  There are A LOT of solid sticks in the tournament.  With many tournaments, you have the teams that signup just to fish it, but with this fishing tournament, it seems every angler is out there trying to win.  It’s competitive to the MAX.

So with that being said, it’s my favorite tournament of the year.  Why?  Well first off, it’s a well-run event.  The committee knows what they’re doing, and it runs smoothly each and every year.  I’ve fished it for about 9 years I believe, and there’s rarely a hiccup.

Second, the people in the event are awesome.  We all camp together and have a few beers together each night.  I feel like I know the majority of campers in the whole resort, and that makes it just as much social as any event out there.

And finally, the fishing.  It’s ALMOST always good this time of year in this stretch in terms of numbers.  The size, well, is what you’re looking for and it isn’t always easy to find them.  This year proved to be different, and I will explain.

Pre-fishing for this fishing tournament started 8 days before.  I took my kids out for a day on the water with no real agenda.  My kids love to troll for walleyes, so I started pulling some of my favorite runs on Lake Sakakawea.  We started shallow…nothing (and they were there the week before).  We slid out deeper, and deeper until we finally started seeing fish on the graph.   It was there that we started seeing a few larger arcs on the Humminbird.

We trolled the north shore all over at this depth and started catching some nice fish.  Nothing crazy, but a lot of 20 to 22-inch walleyes came up.  We quickly got our limit and went in (no reason to release fish at that depth). 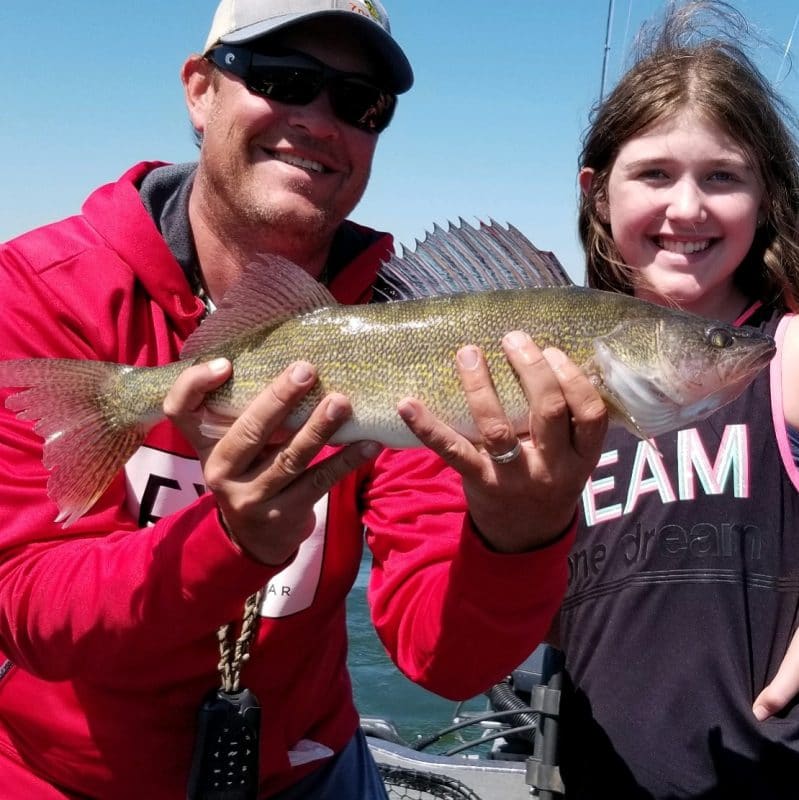 Fast forward to Sunday.  I was going out with 2 buddies but unfortunately, both had to bail.  I drove up to the landing anyways and recruited a young friend who works at Dakota Waters Resort (he had the morning off).

We pulled the same runs as I did just 3 days earlier with my kids.  And wouldn’t you know, the fish were not only there, but there were some bigger fish mixed in too.  I was feeling pretty confident, I guess, considering the tournament was 5 days away and we were already catching some hefty fish.

My fishing partner and friend, Ryan Subart, came up to prefish on Tuesday.  Our goal was to live bait every point, hump, or piece of structure we could find.  We used our electronics and scanned point after point after point…nothing.  And not only was it nothing, but it was also 3 days of NOTHING!

We came well prepared for this tournament by acquiring a large assortment of creek chubs.  For those of you who don’t know about them, they’re a large and lively minnow that walleyes usually go crazy over.  We spent most of our 2 weeks before trapping, fishing, and acquiring as many chubs as we could.  We assumed the tournament would be won on chubs, as it had for many tournaments the months before.

But you know what?  We never even used them in the tournament.  We brought about 40-50 each day, just in case, but after 3 days of prefishing with them with poor results, we weren’t as confident in them.

So the night before the tournament, we decided cranking the north shore was really our only option to fish for the tournament.  And the wind had been blowing in from the south for 4 straight days too, it was just looking like our best bet.  So we geared up Ryan’s 622 Ranger with as much cranking rods, tackle, and misc. Items as we could fit.  We had long rods (10.5 feet), short rods (5 footers), leadcore rods, and planer board rods.  I also brought 6 trays of some of my favorite crankbaits along with plenty of snap weights.  We were ready.

The first day of the tournament didn’t exactly go as planned right away.  In fact, we didn’t box a fish for the first 2 hours.  The fish had moved to the east, and we kept trolling in that direction hoping to find them.  It wasn’t until we got about ⅔ of the way through our long run that we started pulling fish up.  Our best fishing of the day was mid-morning, as we pulled a lot of nice walleyes from the depths.

We ran 2 deep divers on each long rod and used snap weights with #11 Berkley Flicker Minnows on the inside rods.  We used a planer board shallow, but that wasn’t getting any action so we abandoned it and ran all 4 rods in the boat.

The hot crankbait of the day?  Well, you may not believe me but I’m a horrible liar (just ask my wife), so I will just say it.  It was a Blue/Chrome deep diving Reef Runner that saved the day.  Not only did this crankbait catch almost every fish, but it filled our bag with a 26.25-inch walleye, as well as a 25, 24, 22, and a 21.5 incher to round out our 5 fish.  We came in almost an hour early.

We knew we had a good bag, but we didn’t know how well.  As it turned out, the fishing was garbage for most teams and a lot of small bags came to the scales.  We weighed 22.54 pounds and it was good enough for 1st place on day one.  2nd place was just over 20 pounds and there were a handful of 17-19 pound bags.

We were nervous as we had some EXCELLENT anglers sitting on our tails.  Guys that know this stretch well and were consistent performers in this tournament.  We knew we had to repeat and do it again on day 2.

After a night of barely sleeping, we were up early and started repacking the boat for the day.  We were the first in line for check-in that morning, so we’re talking early.

The second day was a bit different than the first.  We had a rough start Friday but we caught 2 fish the first hour of the tournament on day two, including a 27-inch walleye.  We caught that fish on a custom painted #11 Flicker Minnow by DH Custom Baits.  It didn’t get any time on Friday but I had a feeling it was due on Saturday.  If it weren’t for that fish, we wouldn’t have won.

But after that it kind of went downhill.  The trolling motor on the bow that we use to steer went down.  Luckily, there was very little wind so that made trolling with just the kicker easier.  Then we started losing fish, a lot of fish.

The fish were biting short and it caused around a dozen fish to get off before we could even see them.  A couple of those fish were BIG fish too, but that’s tournament fishing.

Coming in, we felt we had around 15 pounds.  A weight that was far from what we had boated the day before.  Now considering how poor fishing was, that weight would’ve been top 15 the day before so it really wasn’t THAT bad.  But low and behold, when we got to the scale, we had 16.36 pounds.  One of those fish was only a 17.5-inch walleye too…

We had no idea how we were going to finish, but we had a feeling we’d still be in the top 5.  When we got to the stage and they announced us as the winners, we had secured it by around 3 pounds.  We got lucky that what we felt was a modest weight, held.

I will be honest, there’s no feeling in tournament fishing like holding up the big check.  All of the countless hours of prefishing and years of taking mental notes finally paid off.

The tournament played well with my strengths, and that was trolling DEEP.  I’ve written about it and our YouTube channel has plenty of how-to videos surrounding the subject.  It’s just one of the ways I love to catch walleyes, and I feel confident in being able to do it as well as anyone on the lake.  I’m not talking with arrogance, but confidence…there’s a difference if you know me.

I can’t stress enough how well this tournament has run so I will say it again.  I want to thank the volunteers for all the hard work, especially those spending long hours cleaning all of those walleyes!

Also, all of my friends and acquaintances that camp around Dakota Waters Resort.  There were a lot of you pulling for us, and that meant a lot.

I also want to thank our hosts, Doug and Jo Woehl.  They had a cabin near the landing that we called home for the week of the tournament.  We had comfy beds, hot showers, and GREAT food each night that just made the week go smooth.

Well now that this tournament is over, it’s time to start looking ahead for the next walleye tournament.  For me, I have the Big Muddy in Bismarck in a month.  It’s another tough tournament that’s loaded with river rats.  I’m not liking my odds in that one, but it’ll sure be fun to try.

If you’ve never fished a tournament, I highly recommend giving one a try.  It’s addicting for sure, and it’s a way to make you a better fisherman.  Look into an event on your favorite water and give it a try, you’ll be glad for the memories that it provides.

Tight Lines and Troll on!

Listen to Chris talk about the tournament too on this week’s podcast episode of Review Your Gear Radio. 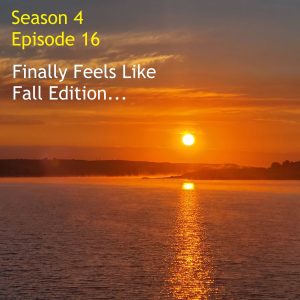 Cooler Morning Temps Making it Feel Like Fall Lots of Bands on Canadas This Year, At Least by Recoveries Canada Migrator Spreads a New Thing 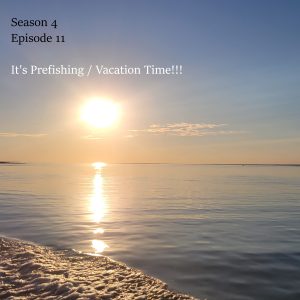 Sponsored by Flyway Media. Had technical difficulty with Logan of the Women on the Water Tournament – Give them a Look on Facebook at Freedom Outdoors Leaving