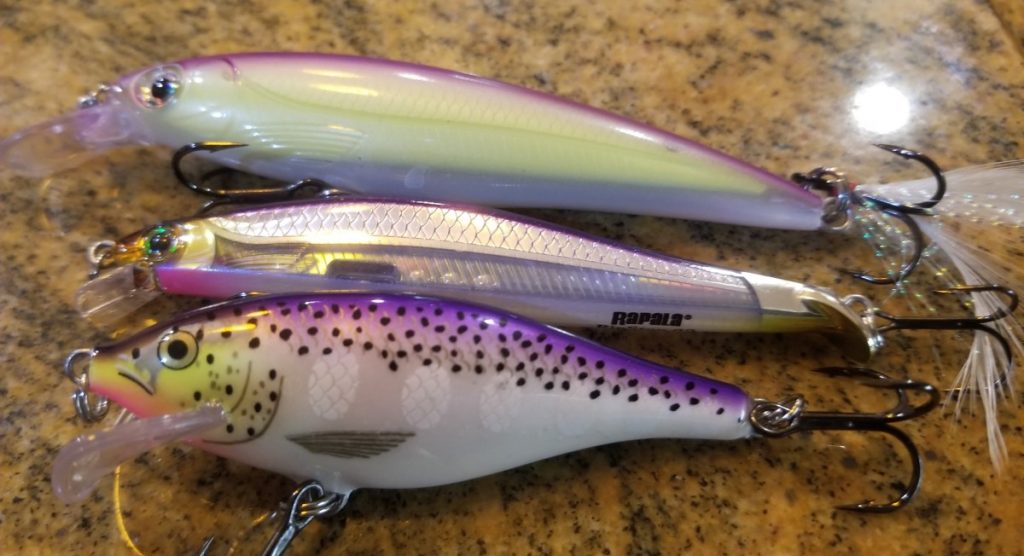 There are times during the year when walleyes can be found shallow…real shallow. Normally, you expect it during the spawn. That’s a given in the spring. But outside of that, there are times where the big girls like to stay there too. And when walleyes are shallow, they’re often real spooky. So that’s the time to stay away and cast in. And this is where casting crankbaits really shines.

When are Walleyes Shallow?

Before we talk crankbaits, you have to know when to cast them. If the walleyes aren’t shallow, what’s the point right? I like to troll for walleyes a lot, and you could cover the spooky, shallow fish with planer boards. But if you have 2 or 3 guys in the boat it’s just more efficient and effective to cast, in my opinion.

There are 3 times where I expect to find big walleyes up shallow.

What Crankbaits Should I Use?

The first thing you should be asking yourself, is what is the bottom structure of the area you plan to fish? Is it weedy or rocky? How tall are the weeds and how thick? Are there logs and snags? Etc.

If you’re casting a shallow drop-off that’s full of rocks, you’ll probably want to be able to hit bottom with ease. With that being said, you’ll typically want to use a deep diving crankbait that dives a little deeper than the depth you’re fishing. That allows you to be able to reel slow, and at the same time, you won’t have a workout on the reel trying to keep it on the bottom. Usually, when I’m casting crankbaits I’m fishing in around 8 feet or less. This will require a deep-diving bill on the crankbait, no matter the brand you use. If you’re fishing in 10 feet, find a crankbait that dives to 12 feet and so on.

If you’re fishing walleyes in the weeds, you have to decide if you’re “going in” or going over the top of the weeds. If you’re going in, don’t do it with a crankbait. You’re going to be snagged the moment you start reeling. When fishing crankbaits, you’ll want to keep the bait just over the top of the weeds. If I plan on “going in”, I will use a jig and plastic combination instead.

What Are My Go-To Casting Crankbaits for Walleyes?

I’m not endorsed, but it just so happens that my top 3 crankbaits I use most right now are made by Rapala. If you don’t know Rapala, you don’t know fishing. Enough said, their crankbaits are solid and tank tested. As I stated earlier, I usually cast crankbaits shallow so these are the 3 I use most for those conditions.

I don’t have a lot of luck with the smaller X-Raps for walleyes. I prefer a bigger bait to not only trigger fish, but to also cast further. The Model 10 X-Rap by Rapala is 4 inches in length, a perfect size. It can be fished so many ways and that is why this is my TOP CHOICE casting crankbait for walleyes. Its buoyancy allows you to control the lure’s depth with ease, keeping it just out of the reach of weeds. You can do a straight retrieve, stop it, jerk and twitch it, and changeup speeds to trigger fish. With the right rod/reel/line combo, you can cast these things a country mile.

I’ve trolled with the Scatter Raps a bit since they came out, but only in recent years have I started using the Scatter Raps more for casting. Like the X-Rap, the Scatter Rap’s erratic action is what turns on walleyes and causes them to strike. The Scatter Raps retrieve isn’t consistent, as it cuts back and forth, almost like a musky bait. The action of the lure pretty much does all the work.

The RipStop by Rapala is one of their newest lures they’re come out within recent years. What makes this lure different is not only the front of the lure design but the back as well. It has a lip in the back that gives it motion with a twitch that’s hard to replicate with other lures. It’s a great stop-and-go fishing lure, as it does a “shimmy” as it comes to a stop. And on the retrieve, it darts forward. Also, like the X-Rap, the RipStop takes some practice to master. But once you do, it’s a fish catching machine. I tend to use these when it’s just a bit deeper, as they sink. 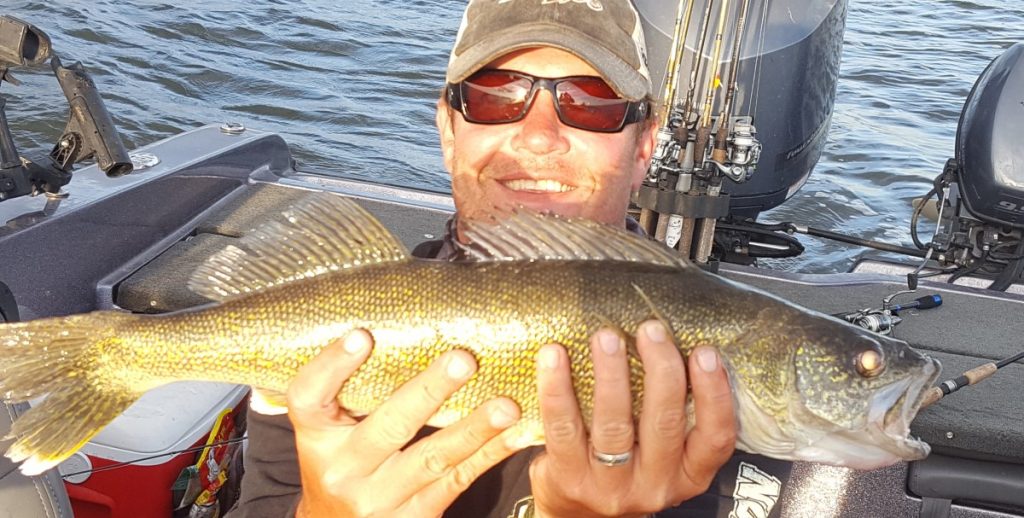 What Rod & Reel Combo Do I Use for Casting?

I have a setup I really like for casting crankbaits, and I have all the confidence in the world in the ability to not only cast far but with control.

While you can probably get away with a wide variety of fishing rods for casting, I LOVE my Alpha Angler DSR rod for casting. It’s 6’ 10” in length, with a medium fast action. The first thing you’ll notice is the weight of the road. It’s very, very light. I also love the small guides. While it retails near $300, it may price a lot of guys out. I get it. But if you want a rod that just flat outcasts a TON, you can’t go wrong with the DSR by Alpha Angler.

Okay, I’m going to show how old school I am. Most guys will go with a baitcaster for throwing cranks, but I like to use a spinning reel (and the Alpha Angler DSR is made for a spinning reel). I use the Pflueger President, and it’s a great reel for the money. It’s smooth, lightweight, and reliable. We reviewed the Pflueger President last year based on quite a few years of use and it scored high.  What more do you really need in a reel?

I’m fishing a new fishing line this year for casting cranks, and that’s the Windtamer and XL braid by FINS. I did my homework, and the guys that use this stuff are like a cult. Some claim they can cast up to 20-25% further just using this braid. While I’m a bit skeptical, I will be putting it to the test this spring. I’m also using 30 lb. fluorocarbon leaders that I made for avoiding losing crankbaits to pike. I’ve had great luck with this combination.

So there you have it, some information and fishing lures I use to help you get started. Casting crankbaits for walleyes is a great way to not only catch fish, but the action is tough to beat for a walleye. It’s also one of my kid’s favorite ways to fish. It keeps them engaged and active, not like bottom bouncer fishing or trolling cranks where it can get slow.

If there are some great lures you recommend for casting, please post up in the comments below!

4 thoughts on “Why You Should Be Casting Crankbaits for Walleyes”