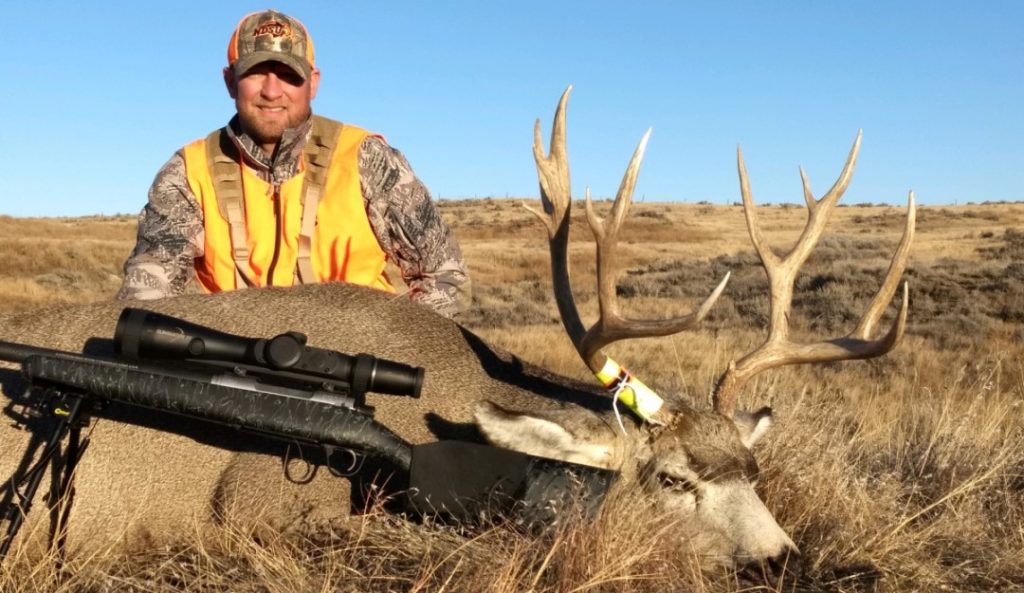 It’s late July and I’m either on a boat or in my office and the expectation of the ever-familiar chime of a new email notification goes off on my phone.  The highly anticipated North Dakota Deer Lottery has been run; NOT SUCCESSFUL! It’s now 4 years in a row of getting the annual rejection letter. A good friend with the same luck in the lottery as me decided we were tired of waiting, we need to go hunting.

We decided to try our hand at getting some tags in our neighboring state of Montana.  We chose Montana for a few different reasons, none of which could be overshadowed by the convenience of having their lottery run by mid-April.

This is isn’t a review of gear we used on our hunt but rather a summary of how we planned our DIY hunt and some pointers that may help someone looking to do some mule deer hunting in Montana.

After months of kicking the idea around exactly what we would do, the real planning started in early March as applications are due March 15th for deer, elk and deer/elk combination tags.  We decided to apply for deer only as we had done a combo tag 2 years prior on a bow hunt. This year we would have limited time and left the idea of the Elk/Combo out of the equation.

Montana has 7 hunt districts that break down into smaller units in each district.  Montana Fish, Wildlife and Park’s website has a fairly easy “HUNT PLANNER” section that can guide applicants through finding zones and units best suited for their type of hunt as well as draw statistics.

We chose a zone on the eastern side of the state that had better odds of drawing in their lottery and also offered public land to hunt with a General Deer Tag vs trying for a “Draw” unit.  Draw units will typically take a number of years and points to draw a tag and have more trophy class deer. They also tend to offer less public hunting ground.

We put in for General tags as well as purchasing the extra preference point that is offered when applying.  We applied as a party and were successful in drawing our Either Species/Either Sex tags. Each tag was priced at right around $700/hunter.  The zone we hunted also had leftover antlerless tags available for $100 apiece. This would be a great opportunity to bring youth out on a hunt for a reasonable price.

With tags in hand, we decided that hunting public land was going to be our plan of action.  Neither of us had ever hunted this area before or knew any landowners. Looking at maps sent to us by the state we found what looked to be really large areas of BLM land (Bureau of Land Management) that were accessible by vehicle.

Here are some key points when breaking down BMA’s:

We took a short trip at the end of October to do some scouting of where we planned to hunt and got familiar with the area we planned to be.  Hours of looking at Google Earth do not come close to physically being there. What I thought I could accomplish in a day would have taken a solid week.  And that’s just what can be done by driving in a pickup.

We ended up hunting the type 1 BMA’s for 6 of the 7 days hunted.  The type 2’s were crawling with other hunters and the quality of deer we saw on these properties was not what we were after.  I ended up filling my tag with my biggest Mule Deer to date on our 2nd day.  My partner passed on a good deer the first day and we spent the majority of the rest of our hunt trying to find that deer.

If I could recommend one vital piece of gear that greatly helped us out on our hunt it would be the use of OnX Hunt!  I was able to download 10-mile by 10-mile maps of our hunt area knowing we would be out of cell coverage. Using the OnX off-grid mode I was able to mount my I-pad on my dash and keep my GPS location up to speed in real-time.  This showed us what private, BLM, BMA and State lands were. Much of Montana is unposted even where public access lies. By having OnX we were able to find exactly where we could and couldn’t be. I would not go back without it!

Also, having a SOLID pair of binoculars is very important for finding mule deer.  Here is the pair we use.  I also recommend the cellphone adapter that makes taking photos a breeze.

I have much more to learn about what it takes to continue to have success mule deer hunting in Montana or any other state that offers Non-residents access to Big Game.  Hopefully, some of what I have learned can help you if your itch to hunt out of state gets to the point where you need to try it. If you do, remember this: ”Don’t pass the first day what you’d shoot the last”.

Writer’s Note: This Montana mule deer on the cover was taken at 502 yards.  The gear we used included a Christensen Arms .28 Nozler w/Burris Eliminator III.