As I write this it’s negative 18 outside, with no end of winter in sight.  I know, grab me a tissue right? We’ve ALL had a LONG winter, and it just feels like spring is still a month out.

As I sit and gather my gear for hunting spring snow geese, I start “thinking” which can be a scary thing for an outdoor writer; especially one full of sarcasm.  I wrote about snow goose hunting truths last fall, and apparently, people liked it because I get messages on it still. So with that being said, I figured I would dish out some more truths to hunting snow geese….

No Juvies Can Be Rough.  Yes, we all know it was a bad hatch on the tundra for snow geese.  I saw it last fall along with many others, and everyone is seeing the same this spring. But there are things that you can do to tip the odds a bit in your favor.

You Don’t Need Expensive Shells.  Learn how to pattern your gun, or have someone pattern it for you.  Find the best load for YOUR gun, and stick to it. I still buy the cheap stuff and it patterns well.  Buying the “wonder loads” still doesn’t mean it’ll pattern worth a darn out of your barrel and choke.

South Dakota is a Nightmare.  I’ve hunted all over the great state of South Dakota, and I mean no disrespect.  But with the number of outfitters, jump shooters and freelancers combined can make for a cluster…  And with the amount of snow and runoff ahead, it’s gonna be a mess (which it has been already this spring down south).

Have Tracks for your ATV.  Yup, I know…they’re expensive.  But if you already have what I guess you have invested in your hunting, you could probably spring it.  But seriously, I’ve had mine for a decade and I don’t know how I could hunt without it. It’s gotten me in and out of some pretty nasty stuff, while not rutting it up for the farmer to see in the process.

Bring Sunglasses.  A day in the field doesn’t go by, where the sun is shining and somebody is complaining about the sun in their eyes.  Keep a cheap pair in your blind bag.

Check the Boots and Waders NOW for Leaks.  Just like the sunglasses, someone is always so gosh darn surprised when their feet start getting wet.  NOW is the time to take care of that problem. 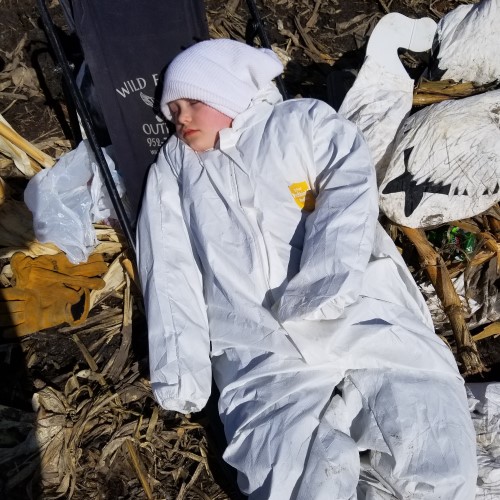 Decoys Most Days are just Decoys.  I have decoys that are USED, true mud veterans of the field.  With that being said, I still don’t have a problem decoying birds when the conditions are right.  I’ve hunted over LARGE full body spreads without much luck, either. You still need to know what the heck you’re doing out there.

Get the Knee Highs On.  I’ve said it before many times and I will say it again, hunt water or water/field decoy spreads.  They fly over hundreds of corn fields looking for WATER during the migration. I don’t like hunting migrators in dry fields.

Have Fun. Seriously.  Life is short and you only have so many days to hunt.  Make them count. I think guys take killing birds so seriously that they lose sight of it all.  I know, I’ve been that guy when I was younger. But you grow out of it and graduate unto further stages of hunting and in life.

I’m personally only planning to hunt maybe 1 or 2 long trips this spring is all, I usually hunt A LOT more.  I’m not expecting much for harvests, either. But I’m okay with that. After all, we should be fortunate we can still hunt in the spring!

Good luck in the field.

See Original Article on The Truths of Snow Goose Hunting. 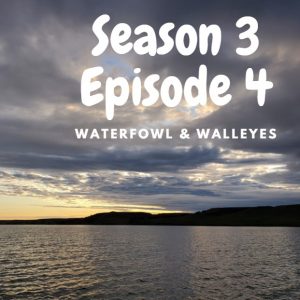 3-4 – We Talk Fall Walleyes and Salmon, Waterfowl, and Retire Tales from the Chub Tank for the Year

Season 3 – Episode 4 Fishing Saturday still for walleyes in 80-degree weather in October Best Ways to troll for walleyes…..DEEP  Tales from the Chub 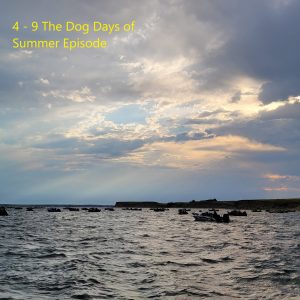 Fishing on Sakakawea, Especially the Van Hook, is EN FUEGO Best Water Spot Remover for Boats? How to Manage Your Fuel on LONG Run Days?