The spring crappie bite is heating up in much of the midwest as our water temperature is approaching that 70-75 degree mark.  Targeting crappies when they get into their pre-spawn and spawning patters is very successful as the fish are often very aggressive.  During the pre-spawn period, when the water temperature is around 68-72 degrees, the crappies are often times found in very large schools, cruising shallow water, and in many cases shallow timber, aggressively eating and looking for spawning areas.  This makes them very easy to catch if you know where to look. 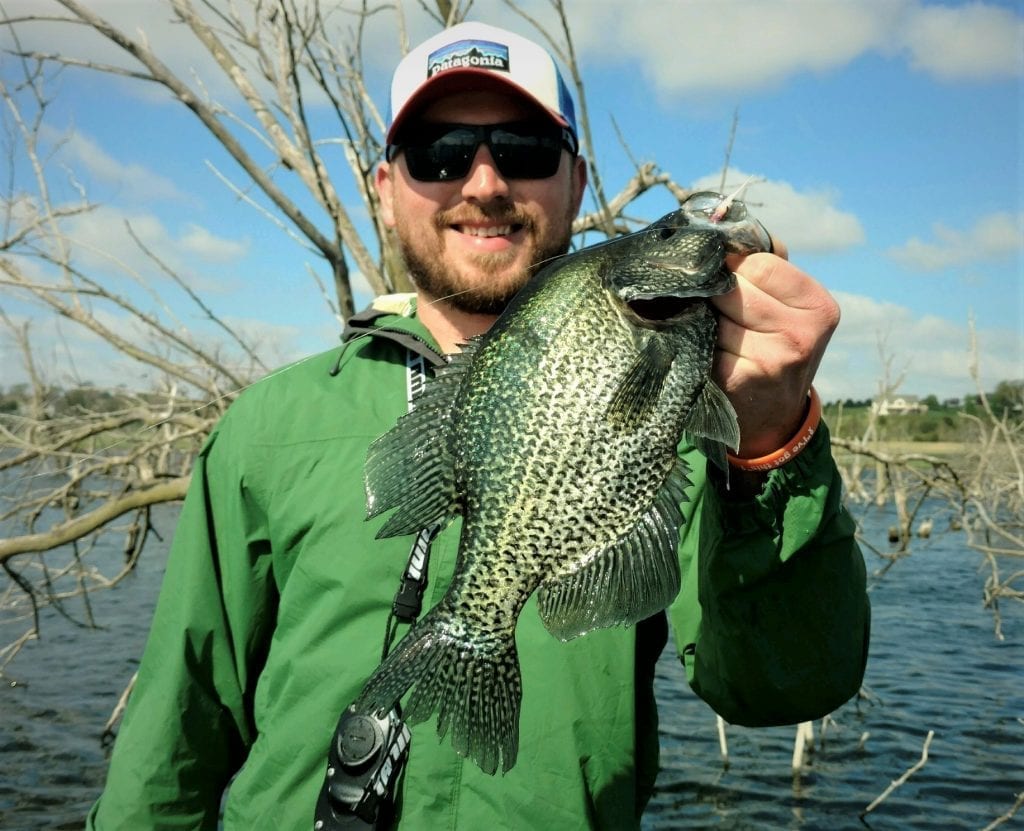 RYG owner/editor with a 15″ male crappie caught in Nebraska holding tight to structure.

Today we hit the water for the last few hours of daylight.  We had not been on this body of water yet this year, but we had a pretty good idea of where we would find the largest concentrations of fish, depending on the water temperature.  We found most temps of the lake were 68-70 degrees, with the shallow flooded timber climbing into the low 70’s.  This meant these fish were going to be pre-spawn for the most part, with some fish more than likely on or near bedding areas.

We cruised the deeper water off the timber, finding schools of large numbers of crappie cruising 1-2 feet below the waters surface, often times busting the surface feeding on insects.  We caught a few chasing these schools around throwing small white maribou jigs and white twister tails.  We found mostly smaller fish, however, but knew there was better fishing and probably larger fish up in the shallower water where temperatures were a little higher.

We found our best fishing in 4-7 foot of water, just off the channel edge where the water was 15-20 foot.  In fact, once we got settled in the shallower water, we never moved.  To keep us out of the snags, we use a small float set about 2 feet above our jigs.  We downsized a few times in jig size, and in doing so our hook up ratio went up significantly.  These fish are in such big numbers and so aggressive that we were catching them on artificial baits without much movement.  And it was FAST action for the entire trip.  We easily caught 150+ fish in the 3 hours of fishing, with most of the crappie between 7-10″.  We did, however, find enough 11-12″ to take a limit home for the freezer.  The big fish of the trip was a monster 15″ male caught holding tight to some structure, more than likely protecting a spawning bed.

Get out and enjoy the good fishing if you can!  I expect this pattern to hold for at least another few days before the fish start dispersing and holding tighter to structure, with the females moving into bedding areas.  This will also be an extremely effective time to fish as these crappies will be extremely aggressive and easy to catch, just not in the high concentrations they are currently in. 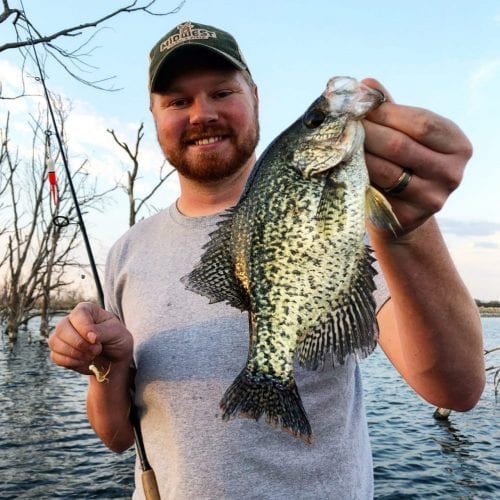