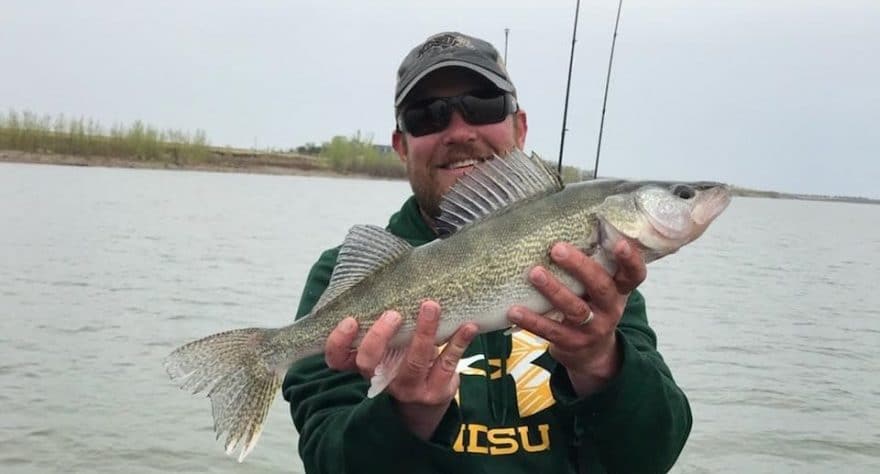 WHERE: Lake Oahe, (North Dakota side)

WHAT: Trolling Walleyes with Crankbaits

Well it’s that time of year on one of my favorite lakes here in North Dakota, Lake Oahe.  The spawn has concluded across most of the lake and river, with only a few fish still holding eggs up in the river north of Bismarck.  Other then that…it’s post spawn walleye time!  We were trolling #5 Flicker Minnows in 8 to 9 feet of water.  We were running them around 55 feet back and the action was pretty consistent when we found them.  This section of the lake has A LOT of flats so the best way to dissect them, in my opinion, is trolling crankbaits for walleyes.  Normally we’re trolling around 2 mph but with the cold front this past weekend we had better luck a bit slower at 1.5 mph.  We did catch a few pike and crappies but overall, 90% of our fish were walleyes.  Anything bright worked well, with the Lime Green/Chrome being the best color.  Most of our walleyes were between 16-23 inches.

I had the kids out with me on Sunday and we took some video (and streamed live on our Facebook page).