I’ve been a duck hunter for as long as I can remember.  I was fortunate enough to have North Dakota as my playground in my younger days.  Most notably, the late 90s and early 2000s (the wet years).  I saw feeds that I thought were big, but that all changed when I got to Canada 9 years ago…

My hunting group consists of 4 of us, from 4 different states.  We’re old friends that meet in Saskatchewan each fall to hunt snow geese (or whatever is available).  The area we frequent is a major staging area for migrating snow geese.  But at times, it can hold spectacular numbers of ducks.  And this story is no exception.

While we normally just focus on snow geese while we’re in Canada, we accidentally stumbled into the largest duck feed I’ve ever seen in 2012.  A large reservoir, near the farm we stayed at, was holding large rafts of uncountable numbers of birds.

We didn’t initially notice them on the water though.  We were cleaning our harvest of snow geese from day one of our trip when we noticed large flocks of ducks moving back and forth in the distance.  Keep in mind, this was at around 10 in the morning too.  The day was warm but the birds were still feeding late, but why?

So we drove a few miles from our bird cleaning spot to a nearby chickpea field that was holding the ducks.  What we found was nothing short of incredible.

Not only was the feed HUGE in this field, but there were so many ducks coming and going that the feed went ALL DAY!  The field quite simply couldn’t hold them all at the same time, so they had to come and go in waves.

As a hunter, the first thought in our mind is not only getting access but determining how and when we would hunt them?  After access was granted, the last question was when?

We decided that we would still hunt snow geese in the morning early, and rush to the duck field soon after to set up for them.  Keep in mind, setting up for ducks at 9-10 a.m. wasn’t something I was used to.  So after we got a limit of snow geese, we raced to the field for a shot at ducks.

We kicked the ducks out of the field that was in there when we arrived, and quickly set up a small duck/goose spread.  We laid in white suits, like we often did for snow geese, and set up snow goose decoys around us.  A couple of duck spinners later and we were ready…

Not only was duck hunting good that day, but we hunted it for 3 days!  We were in and out so fast, that it barely disrupted the feed.  I managed to set up a video camera for the last day, and as you can see, the hunting was good and the birds were close.

This field was by far, the most productive duck feed I’ve ever been a part of in terms of hunts.  The memories will last a lifetime. 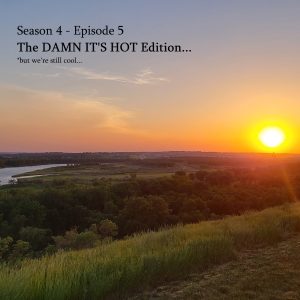 100 Degree Temps Are Here – Stay Hydrated My Friends… Lithium Battery Issues Would you run an electric engine on your boat? Tales from the 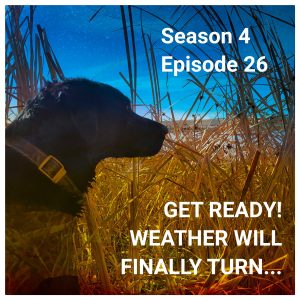